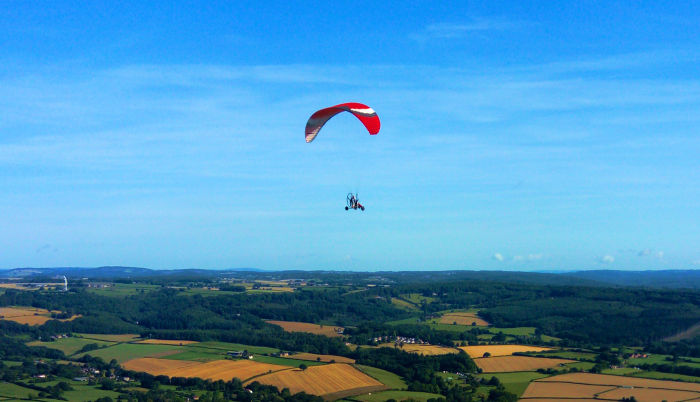 When you invest such a large amount of money into paramotoring, you hope your equipment will last you forever. But like any machine with moving parts, paramotors do get a little worn out over time. But just how long do paramotors last? And do paramotor wings also have a lifespan? Let's find out.

We can't put a number of years on how long a paramotor will last, because some pilots only fly 20 hours per year, while others may fly for 200 hours per year.

The lifespan of a paramotor is determined by how much it's used, not by how old it is. So when we answer the question of how long do paramotors last, the length of time we use must be in hours.

How long do paramotors last?

A good quality paramotor brand will last a very long time. Frames have an extremely long lifespan, as do harnesses, and they could easily last you 500 hours plus before they even need servicing. Engines and wings on the other hand, will not last as long.

Let's look at each of these to find out what determines their lifespan, and if it can be increased.

How long will a paramotor frame last? 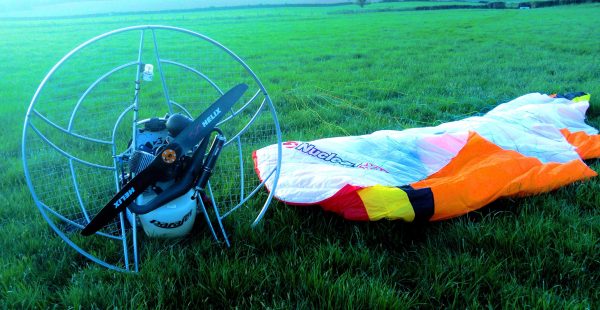 Paramotor frames have very few moving parts, and some don't have any. Most modern paramotors have moving bars, or swingarms, this is where the harness and hang points attach.

Some cheaper models use simple stainless steel pins that the swingarms pivot on, these can eventually wear out, and may limit the lifespan of the frame.

More expensive models will use swingarms that pivot on nylon bushes. These bushes last an incredibly long time, but if they do wear out, they can usually be replaced.

There is a great deal of stress placed on the swingarms, so it's recommended that they are checked or changed by the manufacturer at 500 hours.

Assuming the swingarms can be replaced if needs be, a frame could last you thousands of hours if it's looked after.

When the harness is worn out it is fully replaceable. A good quality harness will start to show signs of wear after about 200 hours, providing it's been well looked after.

This doesn't mean it will need replacing, but you should have it checked if you think any of the materials look unsafe.

All harness buckles and clips are also replaceable, and you should think about having them replaced around the 200 hour mark.

The main carabiners or hang points should be checked regularly, and replaced as recommended by the manufacturer. If you cannot find any recommendations, replace them at 100 hours.

How long will a paramotor Engine last?

Paramotor engines are pricey, and although they can be replaced, a better approach is to carry out regular maintenance, replacing parts as they wear out.

All paramotor engines have fully serviceable parts, meaning they will last for as long as the manufacturer can supply spare parts. With this in mind you're best off choosing a modern and popular engine, and one that you're sure will be in production for many years.

But how long do the engine parts last?

All moving engine parts will wear, but some parts will wear faster than others. For example the piston and rings may be worn out after just 100 hours, but the crankshaft bearings could last 400 hours.

So replacing the parts as they wear is important, and will cost you much less than investing in a whole brand new engine.

2-stroke engines don't tend to last as long as 4-stroke engines, mainly because they produce their power at much higher speeds, which causes more wear.

The lubrication system is also very primitive on a 2-stroke, as it relies on oil being added to the fuel. This means the engine's internals operate with very little oil, this is one reason that seizures are more common than we see with 4-stroke engines.

Although they won't last as long, 2-strokes are much cheaper to buy, as are spare parts. They also have a lot less moving parts than a 4-stroke, which makes them easier to maintain and rebuild when the time comes.

Wondering whether to buy a 2-stroke or a 4-stroke? Find my comparison between the two here.

Propellers are very fragile and can easily break if they contact the ground while spinning. Presuming you don't have a bum landing which breaks your propeller, it could last hundreds of hours, but this may depend where you're flying from.

If you regularly fly at the beach for example, small grains of sand can be thrown up from your feet as you launch. This sand can hit the propeller while it's at maximum RPM, which can cause damage to the blades.

This can also happen with small pieces of debris in seemingly perfect grass fields, so all pilots are at risk of this shot-blast like affect on the propeller.

Some pilots opt for wooden propellers, because they say carbon fiber propellers are more likely to get damaged this way. But if you learn how to repair a propeller you really don't need to worry.

If you can't repair a propeller, you may be buying a new one fairly regularly, as we all make mistakes eventually. I recommend checking out scouts video series that shows you how to repair a prop below.

How long will a paramotor wing last?

The lifespan of a paramotor wing is much more limited than a paramotor engine. Sure you can replace lines and risers, you can even stitch up tears, but unfortunately, nylon is quite sensitive to UV light.

Whenever we fly, our wings are exposed to UV light, and over time UV degradation occurs. This causes the slow breakdown of the materials, and eventually leads to the wing failing a porosity test, and being deemed unsafe to fly.

You should get your wing checked and porosity tested every 100 hours, but if it's looked after, a wing can last 400 hours before it will need replacing.

Although a wing should not be flown after it has failed a porosity test, this doesn't mean it's completely worthless. An old wing can still be used for ground handling. So you can always use it to keep up your practice, or get a little money back by selling it as a ground handling only wing.

Check out my wing guide here

Paramotors are a big investment for anybody, but when looked after they can last a very long time. In terms of years, most pilots fly around 70 hours per year, so the lifespan of a wing will be over 5 years.

Buying a new wing this regularly does make the sport quite pricey, but unfortunately that's the price we have to pay for the freedom of flight!

Frames and engines could last much much longer when given the regular services that they deserve. There's no reason a good frame couldn't last you a lifetime, and maybe even an engine.

In the past I've given 2-stroke engines full rebuilds, replacing every moving part, and even the cylinder. If this is done it will cost you a fraction of the price of a new engine, and you'll have an engine that will keep running for many more years.

Learning how to work on a paramotor, and how to carry out engine maintenance is something we should all expect as paramotor owners / pilots.

With these abilities, we will not only be able to keep our paramotors functioning optimally and safely, but we'll also save a heap of money in the long run by simply replacing worn out parts over time.