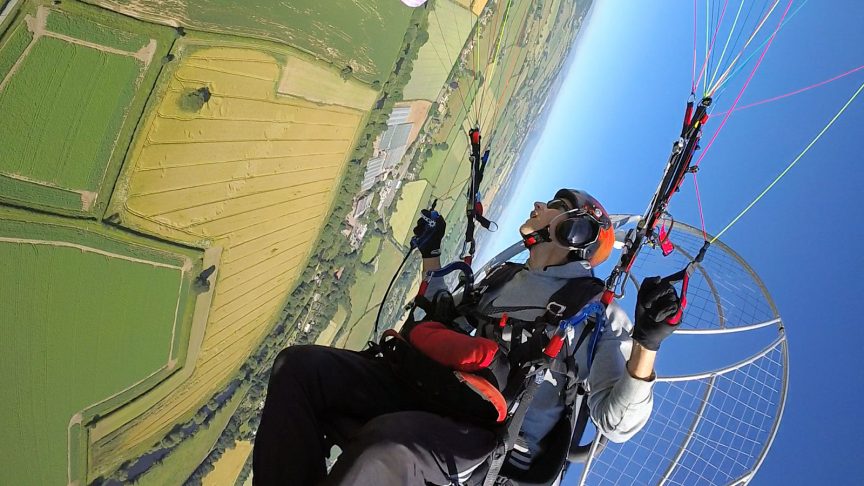 Welcome to Paramotor Planet, my name's Darrell and I've been flying paramotors at every opportunity since the start of 2013. I've started Paramotor Planet to answer the many questions that new paramotor pilots have.

When I first started out paramotoring, I found it very hard to find any answers to my many questions. Consequently, I went on to make a lot of mistakes, and rushed into the sport with no knowledge of what I was getting in to.

If you read THIS POST, you'll learn about some of the mistakes I made in the beginning.

If you have a quick google, you'll find very few dedicated paramotor sites like this one. Many sites will answer your questions, but they are usually biased because they are trying to sell training or equipment.

My posts contain nothing but honest answers to everything new pilots are asking. Every post is written by myself unless otherwise stated, and all reviews are based on my actual experience with that product; I'll never write a review without fully testing the product first.

I've also put together an 150 page information packed book to expand your knowledge, which is available in eBook and paperback format.

Get the book here.

Paramotor Planet's Instagram page that has lots of fun pictures and videos, and can be found below.

You can also support the website by heading over to our merchandise store HERE,

All of the designs are produced by myself, and are exclusive to paramotor planet. If you can't see a product you want just drop me a message and I will do my best to get it online.

Why I started flying

I got into flight at the age of 11 when my Dad took me to Fairford airshow. We sat watching the planes, and I quickly became obsessed with anything you could fly. I joined the air training corps at 13 and was able to fly Bulldog trainers and gliders on many occasions.

My goal was to join the Royal Air Force and become a pilot, until my dreams were shattered after discovering I was colourblind. The colourblindness was very slight, but it was enough to keep me on the ground.

I remained obsessed with aircraft and planned to one day obtain my pilots license. A paramotor appeared on a news report when I was about 16, and I remember thinking – "wow that looks awesome!"

Back then, paramotoring was still a very new sport, and I couldn't find much information about it. Until one day a whole 12 years later in 2012 when a paramotor video went viral on YouTube.

I watched it and instantly started researching the sport, and to my surprise paramotoring was within my reach. My training was booked within a few weeks, and 6 months later I was taking my first solo flight.

Paramotoring is a such an awesome sport, and will probably be one of the most exhilarating things you ever try. I wish you luck getting into the sport, and really hope Paramotor Planet helps you along the way.

Fun fact about me: like many paramotor pilots I come from a dirt bike background. When I'm not flying or blogging, I'm messing with dirt bikes. Check out my dirt bike blog here. 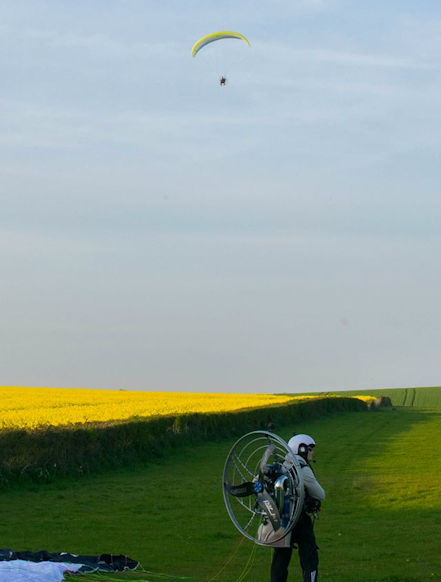